We are proud of our heritage and in light of this our past products, especially when so many are still in service today providing protection to a vast array of installations. In many cases we still provide support both in the supply of spare parts and system maintenance.

If you have any of our products in your building and would like to discuss maintenance, repair or replacement please contact us for a no obligation consultation. 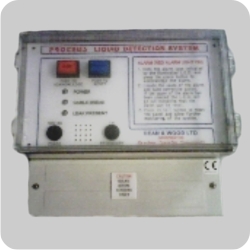 Made for Dean & Wood Limited the TraceTek UK distributor at the time. The units were made from April 1995 to May 2001 and were also sold by the successors to the Raychem UK franchise when Dean & Wood lost it in 2000.

The panel offered a more cost effective alternative to the single zone Raychem TraceTek offering of the time the TTAS and surprisingly incorporated a TraceTek made sensing circuit making if fully compatible with the range of TraceTek sensing cables.

The Units proved so reliable that units are still in service today and are fully supported by Aquentis both in spare parts and Maintenance contracts.

A Two zone water detection panel based upon the popular Proteus P-RPTTC was offered by Dean & Wood and later their successor to the Raychem TraceTek franchise the units were made from July 1997 to September 2001.

The Units have proved reliable and some are still working today and are fully supported by Aquentis both in spare parts and Maintenance contracts. 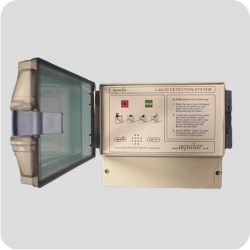 Made for the UK TraceTek distributor these units were made from June 2001 to December 2002 and was essentially a “Facelift Model” still retaining the TraceTek sensing circuit board, hence the (T) at the end of the panel designation.

The panel benefited from a redesigned fascia incorporating soft touch controls and Icon based indicators for Power, Leak and cable break bringing it into line with the Tyco TraceTek TTDM panel. The SZP(T) also had a redesigned enclosure and louder sounder.

Units are still working today and are fully supported by Aquentis both in spare parts and Maintenance contracts. 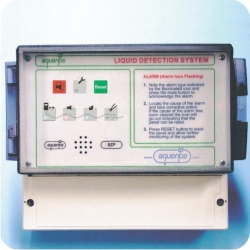 Made between January 2003 to February 2006 the SZP was our first panel not to use the TraceTek electronics. Designed from the ground up to work with TraceTek sensing cables and Aquentis probes the unit retained the looks of it’s predecessor.

For the first time the panel featured a rechargeable battery which could support the system for 72 hours in the event of a power failure and adjustable sensitivity.

Units are fully supported by Aquentis both in spare parts and Maintenance contracts to this day. 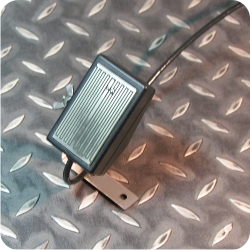 Manufactured between February 2003 and January 2010 the Aquentis Rain Sensor was used in conjunction with the Leak Detection Module to control vents and skylights and to signal the BMS system of rainfall.

The sensor had a heated detection comb to evaporate rain and snow and to prevent frost from forming. The unit had a stainless steel bracket which allowed the detection face to be tilted to the correct angle for its mounting location.

Unfortunately we are no longer to support this unit due to the Integrated circuit being obsolete. 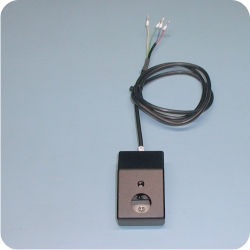 The condensation sensor was primarily designed to detect the occurrence of “Indoor rain” from Chilled Beam air-conditioning systems.

Available between January 2003 to January 2010 the sensors were directly connected to the buildings BMS system.

We are no longer able to support this sensor as some internal parts are now obsolete.